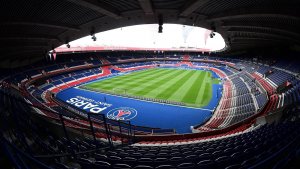 The sample itinerary below solely includes the first three days of the Tour.

It hosts the main tennis competition in the world on clay, (Tournament of Roland Garros) one of the four tournaments belonging to the Grand Slam.

The Tour de France, the leading cycling race in the world, traditionally ends in Paris: the Parc des Princes from 1930 to 1967, the Vincennes Velodrome from 1968 to 1974, and the Avenue des Champs-Élysées since 1975.

In Paris, the matches that the French rugby team participates in the Six Nations Tournament are traditionally held.

The Stade Olympique Yves-du-Manoir hosted the athletics and football events of the 1924 Olympic Games in Paris while hosting the final of the 1938 World Cup.

The Jean-Bouin Stadium has housed the Seven of Paris, the rugby tournament that integrates the Rugby World Series 7.

The Stade de France hosted the final of the 1998 Football World Cup, the 2016 European Championship, the UEFA Champions League final of 2000 and 2006, the 2007 Rugby World Cup final, and the 2003 World Athletics Championships.