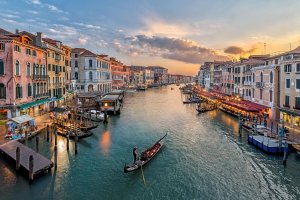 Among other events, the city of Milan hosted the 1934 Football World Cup and the 1990 Soccer World Cup, as well as hosting the 1980 European Championship.

As in the rest of the country, the most practiced sport followed by the city is football. Two of the biggest clubs in the country, AC Milan and FC Inter, stand out in this sport. Milan is the only city in Europe where two teams have won the UEFA Champions League. Both sides play their home matches at the Giuseppe Meazza Stadium, or also called San Siro Stadium, which has a seating capacity of 85,700.

Also, the famous Monza Formula 1 circuit is located near the city and is one of the oldest racing circuits in the world. The attendance of spectators for some of the races of Formula 1 contested has been of 137,000 spectators, even in the 50s it came to contain 250,000.

The city is the origin of one of the most important classics of world cycling, the Milan-San Remo.

Olimpia Milano is the most successful basketball club in Italy and one of the most prestigious in Europe. He disputes his local meetings at the Mediolanum Forum, a sports venue with a capacity of 12,500 spectators.